7 Things I Think I Think About The Market

1. The Stock market is not exactly the economy

Being concerned about the economy is one of the most common reasons why people are reluctant to invest. This shouldn’t come as a surprise. People are generally predisposed to be more guarded and pessimistic rather than open and optimistic; especially with their wealth.

But the fact of the matter is that the market is not the economy. The market will generally take its cues from the economy, and trend in the same direction. You can’t have a thriving market without at least the expectation of robust economic output. But the two don’t move in tandem.

For example, the weights of the top 10 holdings of the S&P TSX Composite Index represent 38.83% of its total. The top 5 banks alone contribute 20%. Yet, no one would argue that these companies’ contribution to GDP would match their market weight. Canadian Banks likely only contribute approximately 3.5% to GDP (source: Canadian Bankers Association) 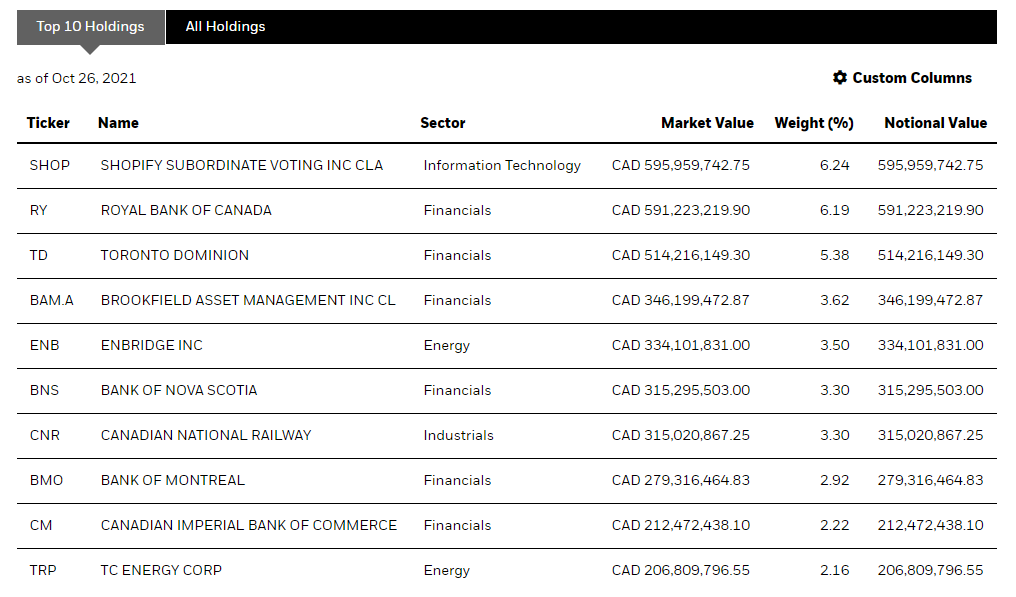 
Moreover, markets are forward looking. The economic data of today only tells a part of the story of the market price.

Investing Lesson:
​2. The big winners of the past 5 years will likely not be the same for the next 5 years

It is difficult to imagine an S&P 500 that isn't being led by today's big tech.

But that prospect is probably more likely than it is unlikely. Jeff Bezos himself predicted that Amazon would one day go bankrupt.

On average, the top 10% of S&P 500 companies in the past have gone on to underperform the market for the next 5 and 10 years. Valuations matter far more in the long term than they do in the short term

Annualized return in excess of market for stocks after joining list of 10 largest US stocks, 1927–2019 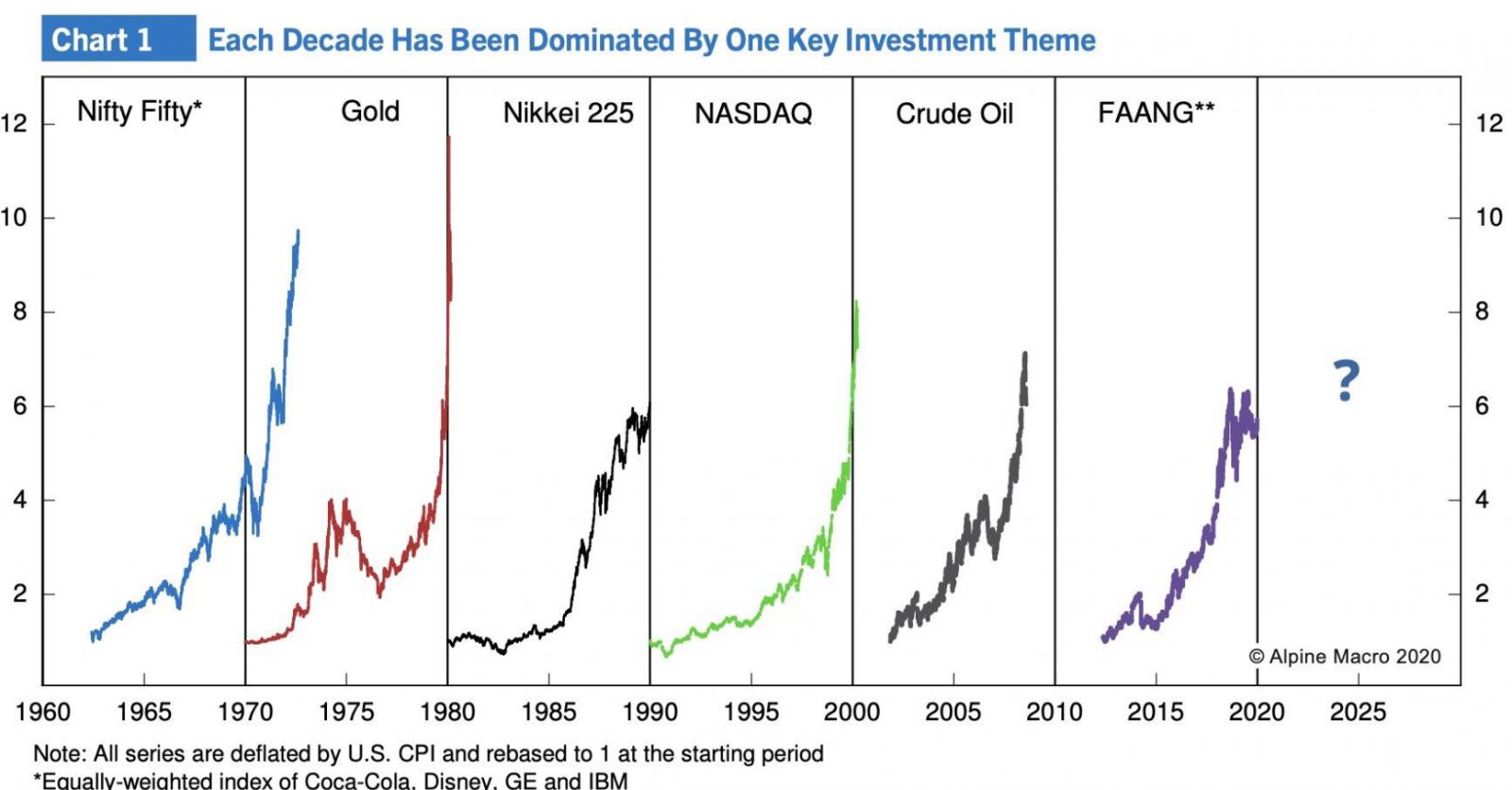 
Investing Lesson:
3. Market corrections aren’t a bug, they are a feature 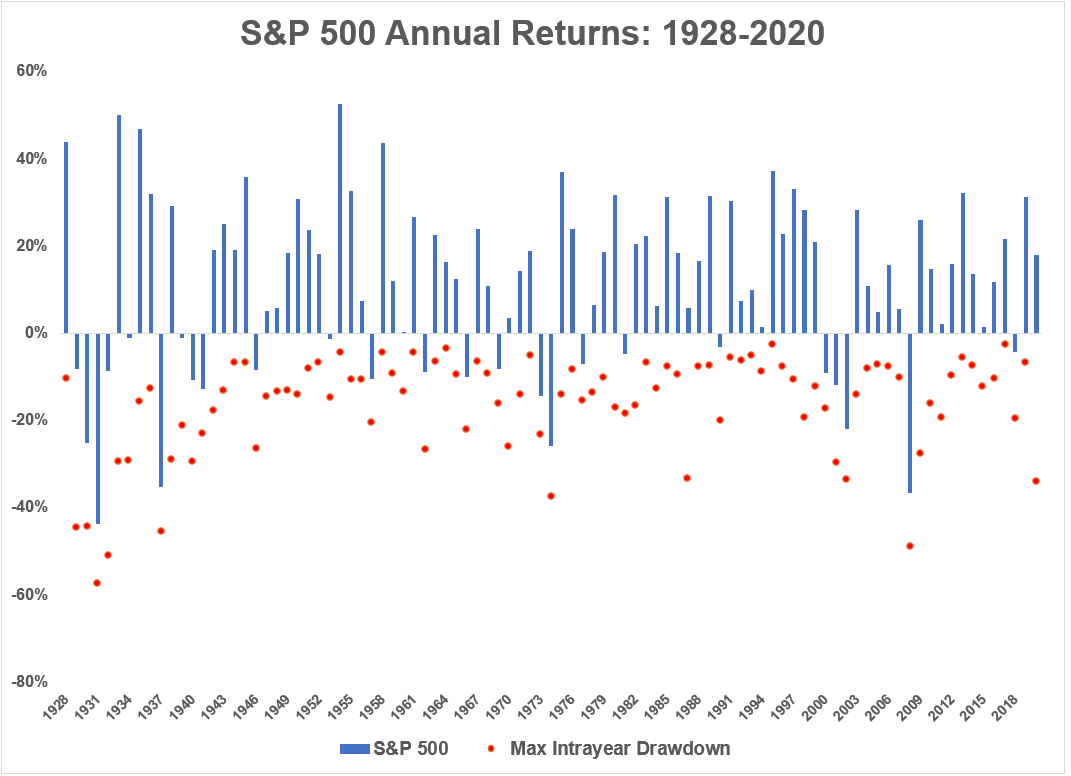 Investing Lesson:
4. Plan for an average, but don’t expect it to be average

Investment conversations and wealth plans are, understandably, set around an average expected rate of return of some sort.

This makes complete sense. Your typical investor wants to anchor their expectations in order to gauge their future success. And every wealth planner needs to set a benchmark to meet to ensure that a client’s investing goals are achieved. However, averages are decidedly not average.

Both result in the same geometric average, but the experience along the way is extremely different.

While it is difficult to consistently be perfect, these sorts of things can be estimated within a reasonable range.
But true risk is the meaningful events that have a long lasting impact on the market, which you couldn't reasonably foresee.

Charlie Munger (Warren Buffett’s long-term business partner) was famously quoted as saying that “using volatility as a measure of risk is nuts. The risk to us is 1) the risk of permanent loss of capital, or 2) the risk of inadequate return”.

Everyone has a friend or family member who made a truckload of money investing in something. Maybe they bought Apple 20 years ago or Bitcoin 5 years ago. It can be very difficult to ignore the siren song of a 10x return, instead of steady and stable long-term compounding growth.

But always remember that it’s far easier to openly brag about your winners rather than to be publicly humbled by your losers. For every Apple there are at least 10 Pets.com.

While the upside of concentrating your bets can be very lucrative, the downside can be catastrophic, as losses are often irreversible.

Investing Lesson:
7. The Long Game Is The Only Game In Town

In the short term, the stock market can feel like a casino. On a day to day basis, it probably is. The odds of the market being up or down on a given day are pretty well the same as the roulette ball landing on black or red. In fact, it’s not a whole lot better on a month to month basis either.

But the longer you stay at the table, the more that your chances look like that of “the house” and not those of the gambler. 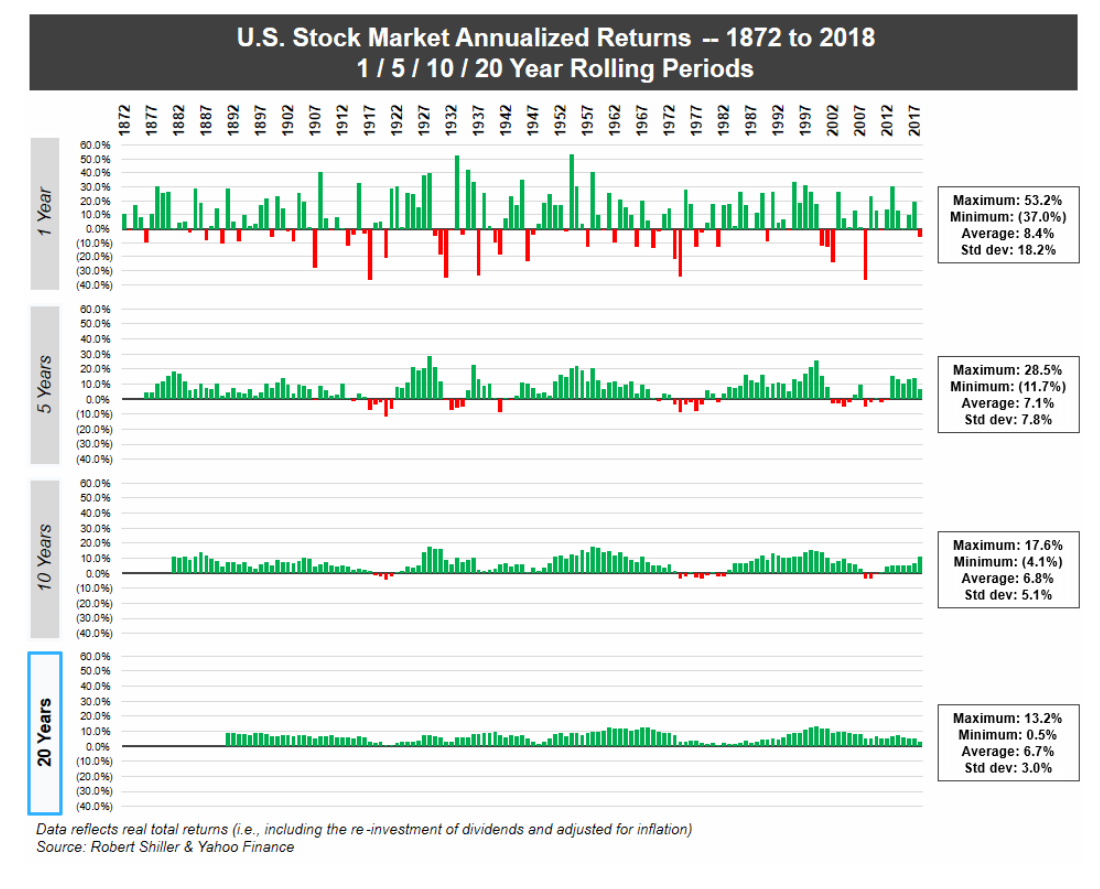 There is a reason why investment professionals will tell you that it's a long-term game. It’s because it is true. The longer your time horizon for investing, the greater the likelihood that you will come out comfortably on top.