The history of the CPI in Canada is an interesting one. In the early 1900s, there was a desperate need for a reliable measure of the change in prices to help with, among other things, wage negotiations. So, in 1900 the Department of Labour was created, and later, through their monthly publication The Labour Gazette, they began publishing a Cost of Living Index which tracked 36 standard household items.

Fast forward to today and what is now referred to as the Consumer Price Index (CPI) measures a basket of approximately 700 goods and it has far more important applications. It guides pension adjustments, wage negotiations, real return bonds, and perhaps most importantly it is one of 2 primary guideposts for central bank policy (2% inflation and full employment); which impacts both the stock and bond markets.

It is also a very polarizing number.

This is especially true during times of abnormal periods (in this case above average). The voices on both sides of the aisle get louder.

Some believe it is transitory: that the current supply and demand mismatch will be resolved and long-term trends of aging populations and continued technological advancements will drive it back below 2%.

While others believe it is more permanent: that the current bout of money supply expansion and low interest rates is unsustainable, but also inescapable, and its continuance will result in persistently high inflation, perhaps even a Weimar-Republic like hyperinflation, or at the very least something akin to the 1970s

Over the 100+ years of the CPI there have been various cycles of both high and low inflation. But how long these periods will last is the critical question that will impact each of us on a personal and a portfolio level.

Is higher inflation here to stay?

It is indisputable that we are currently in a period of above average inflation. With the benefit of hindsight, this is not a surprise.

Businesses braced for the economic fallout of a sharp and painful recession, while governments around the world put capital in the hands of spenders at a record pace. And even amid an economic recovery, pandemic restrictions continue to hinder the ability to scale up production quickly. Simply put, supply was tightened, while demand was at the very least kept whole; and for certain sectors, it was amplified.

This has led to supply chain shortages which have permeated a broad basket of goods and services. 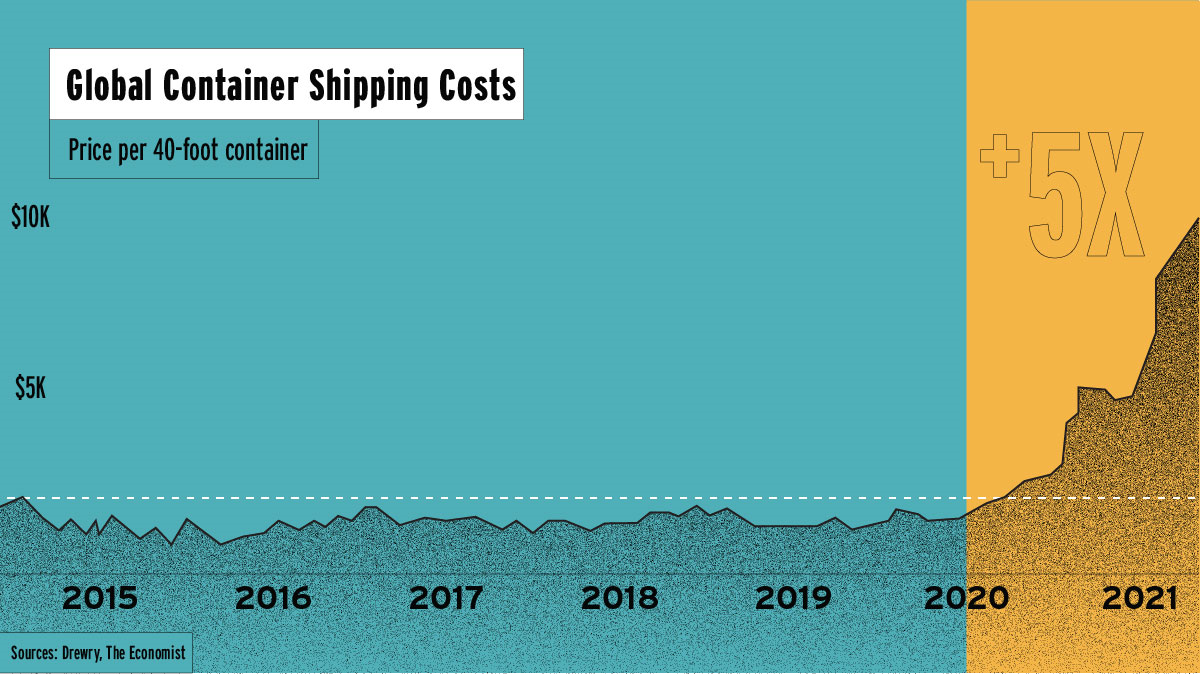 
Steel prices are well above average 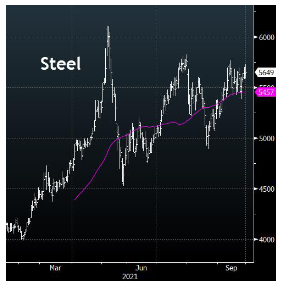 And energy costs are through the roof. 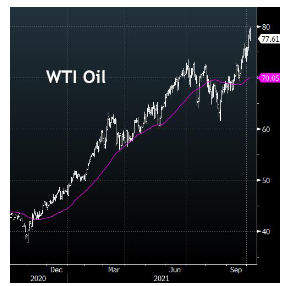 But this doesn’t mean that continued, persistent high inflation is written in stone.

Eight months ago, all we could talk about was the price of a two by four at Home Depot. Skyrocketing demand for new homes and renovation materials was met by an already declining supply of forestry products. Fast forward to today and prices (although still high) are far below their pre-summer peaks.

It comes as no surprise that some industries are nimbler than others. They can scale up and down faster and can change prices much quicker. The Atlanta Federal Reserve refers to these prices as flexible. The ones that move much slower and are difficult to reverse are referred to as sticky.

And, at least for the moment, flexible is dominating the headline number much more than sticky.
But the story is not over.

What will happen moving forward is still highly debated. There are a variety of factors that will influence the outcome, including (but not limited to):

The only thing to plan for with certainty, is uncertainty.

What should you do?

The average retiree will have very different spending patterns than the married couple with 2 young children.

The average homeowner will experience inflation differently than a renter.

On a personal level, you should stress test your wealth plan. Even if costs are expected to moderate over the next year or so, prepare yourself for a persistently high inflation, and insure you are able to handle this. If needed, adjust.

On a portfolio level, while you may have strong opinions one way or the other, don’t bet the farm. You are far better off carrying a well diversified basket of assets and hedging for multiple scenarios.

For equities, above average inflation typically impacts growth stocks worse than defensive stocks. Growth stocks are traditionally valued on higher earnings much further in the future. Persistently high inflation may compel central bankers to raise rates quicker than planned. Any rise in rates will increase the discount rate, which reduces the present value of those future earnings.
Defensive/value stocks, on the other hand, traditionally perform better as they typically have wider competitive moats, stronger purchasing power, they are more cash rich and trade at lower price multiples.

For fixed income, shorter duration bonds and instruments linked to rising rates or inflation (ie. real return bonds and some preferred shares) tend to perform better. But there are trade-offs. Shortening your fixed income duration to protect from rising rates will also reduce your ability to maintain purchasing power.

Most of all, it’s important to own the equity or debt of companies that can pass on higher costs to the consumer, if inflation does remain persistent.

In one way or another, we all live in a fishbowl. We see higher grocery prices, gas prices, and lumber prices, and we can't help but anchor ourselves to that as the new reality. But the data is far from conclusive one way or the other. The inflation story has yet to fully be written.

And the reality is that although it may be an important contributor to portfolio performance, it is not the only one. Portfolio decisions should not be made in a vacuum.

Above all else, when looking at your wealth and your portfolio, it’s always best to have a plan measured in years, not months.